My research is directed toward developing behavioral and pharmacological methods of reducing and preventing drug abuse. Animals are trained to self-administer drugs that humans abuse, and several phases of the addiction process are modeled, such as acquisition, maintenance, withdrawal, craving, and relapse. Our laboratory tests a number of therapeutic drugs, such as antidepressants and opioid and dopamine agonists and antagonists; they have shown considerable efficacy in reducing drug self-administration. Behavioral methods that are proving effective are enriching the environment with alternative nondrug reinforcers; for example, food and sweet-tasting drinking solutions. Behavioral economic analyses quantify the reinforcing efficacy of the drug under varied environmental and pharmacological treatments. Recent work shows that the greatest reduction in drug self-administration is achieved when behavioral and pharmacological treatments are combined. We are also interested in the interrelationships of feeding and drug abuse, and in testing the notion of common reward mechanisms for drugs, food, and other nondrug substances and events.

Another topic of study in our laboratory is the dependence producing effect of drugs. We have found that sensitive behavioral performance measures reveal subtle behavioral deficits due to drug withdrawal when no physical signs are present. Further, these behavioral deficits last for long periods of time, and may be a factor contributing to relapse to drug abuse in humans. Behavioral disturbances have been measured after low drug doses and short or intermittent periods of access with drugs such as caffeine, nicotine, cocaine, and phencyclidine (PCP), dispelling the common notion that excessive or long term drug abuse is necessary to produce withdrawal effects. We are using this model to find pharmacological and behavioral strategies to relieve withdrawal distress. 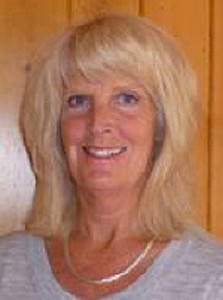