Most rhythmic motor patterns in animals, including breathing, chewing, limbed locomotion, and undulatory swimming are programmed in part by neural circuits called central pattern generators. These pattern generators often have, at their core, rhythmically active neurons or neural networks. The study of these pattern generators has yielded insight not only into the origins of rhythmic activity, but also into the functioning and modulation of neural networks in general. My primary interest is to understand how spinal circuits are structurally and functionally organized to generate different rhythmic motor patterns. In vertebrates, neural circuits are located in spinal cord and mediate rhythmic movements by the activation of spinal motor neurons via premotor interneurons. Therefore, different movements must, in part, be determined by the differences in activity of the spinal premotor interneurons. To understand how different motor behaviors are produced by spinal circuits, it is critical to determine:

Until recently these issues have been difficult to address in vertebrate preparations because of the complexity of the spinal cord, the inability to monitor activity in identified classes of interneuron during different behaviors, the lack of appropriate genetic tools, and the difficulty in performing perturbation experiments. However, the larval zebrafish model system is an outstanding candidate to begin to address these questions. First, investigation of identified neurons and thus neural circuits is a tenable endeavor since there are a limited number of neurons in the spinal cord. Second, genetic and molecular tools have matured so that the identification and labeling of particular classes of interneurons is routine. The translucent nature of the preparation combined with conventional or genetically encoded indicators makes it particularly appropriate for optical methods of investigation. Optical imaging can be used to monitor activity in particular classes of interneuron during behavior. Finally, perturbation experiments can be used to examine the functional role of a particular class of interneuron in behavior, which may provide insights into the functional organization of spinal circuits. My intent is to exploit the convergence of these tools in studies which address the functional organization of spinal interneurons involved in generating different patterns of motor activity. 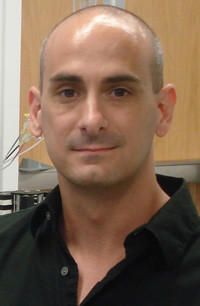