From estradiol to endocannabinoids: A gateway to female drug addiction

The ovarian hormone estradiol potentiates vulnerability to drug addiction in both women and female rats. Our lab has begun to elucidate the underlying neurobiological mechanisms whereby estradiol enhances female sensitivity to drugs of abuse. Specifically, we have demonstrated that estradiol interacts with metabotropic glutamate receptors (mGluRs) and the endogenous cannabinoid system, presumably through a single pathway, to influence neural and behavioral correlates of addiction in female rats.

Organization for the Study of Sex Differences, 2013-present

Why Did You Choose UMN?

While applying for graduate school, I was working as a Junior Scientist at the U of MN and consequently got to know several faculty and graduate students in the GPN. I was immediately impressed by the GPN and, upon interviewing at other universities, I found that other programs did not compare. The GPN retreat solidified my decision. I was not only inspired by the ability of the current students to communicate their research effectively, but by their interactions with each other and the faculty. It was then that I knew I wanted to begin my graduate training in this collaborative and supportive environment.

What Advice Would You Give a First Year Graduate Student?

Identify potential career paths early on in graduate school so you can get the relevant experiences that will make you competitive in that career. 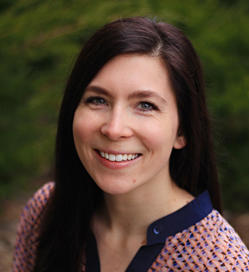