PhD Degree: Our lab studies the cellular mechanisms of HIV-associated neurocognitive disorders (HAND), which affect up to half of HIV patients. I am investigating how inflammatory signaling from microglia can cause synapse loss in neighboring neurons, and looking for new strategies to prevent this synapse loss in HAND and other neurodegenerative diseases with a chronic inflammatory component.

Masters Degree: Our lab studied the roles of diverse cell types and non-cerebellar pathology in the neurodegenerative disease spinocerebellar ataxia type 1 (SCA1). SCA1 is a dominantly inherited neurodegenerative disease which is best known for the cerebellar motor symptoms it causes, but which also includes cognitive deficits and mood disorders in many patients. My project focused on the role of Atxn1, the gene that is mutated in SCA1, and its effects on cognition and mood in mice. I found that loss and mutation of Atxn1 led to severe learning and memory deficits as well as mood abnormalities in these transgenic mice, and that only a small portion of these phenotypes could be accounted for by cerebellar pathology alone. In addition, I found that Atxn1 knockout mice had reduced hippocampal neurogenesis, which could provide an explanation for some of their learning and memory deficits.

Why did you choose University of Minnesota?

I liked the strong sense of community among the students and also felt that there was a good selection of faculty with whom to rotate.

Choose an advisor you can work with even when things aren’t going well. It’s a lot easier to change parts of your project that you don’t like than to change the people you work with! 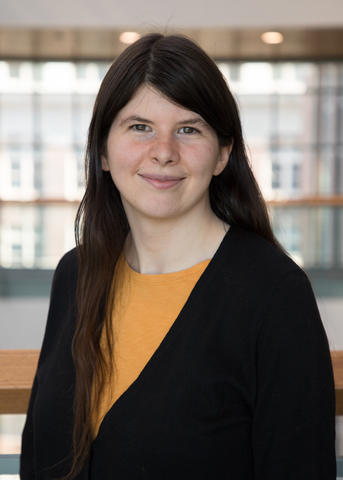