Current research efforts in our lab focus on biomarkers for (i) diagnosis and prognosis of Alzheimer's disease, (ii) advancing precision medicine in the context of using exercise as a treatment of Alzheimer’s disease, and (iii) understanding aging phenotypes.

Biomarkers for diagnosis and prognosis of Alzheimer's disease: Alzheimer’s disease (AD) is a public health crisis. Currently, no effective strategies to prevent or slow AD exist, largely due to the lack of a complete understanding of the mechanisms that contribute to AD pathophysiology. While it is known that plasma lipoproteins regulate blood-brain barrier (BBB) integrity and modulate neuroinflammation, no studies have examined altered distributions of proteins among plasma lipoproteins as pro-inflammatory mechanisms underlying BBB integrity and neuroinflammation that may contribute to amyloid deposition, neurodegeneration, and cognitive decline in AD. Our long-term goal is to develop plasma biomarkers to aid in AD diagnosis, prognosis, and risk stratification, as well as to provide novel therapeutic targets for AD prevention and treatment. The objective of this study is to identify protein biomarkers in plasma lipoproteins that are indicative of abnormal amyloid deposition in the brain and are predictive of cognitive decline in community-dwelling older adults.

Biomarkers for advancing Precision Medicine for treatment of Alzheimer’s disease: Alzheimer’s disease (AD) is an epidemic with tremendous public health impacts, and cannot be prevented or cured. Randomized controlled trials (RCTs) for AD prevention often use clinical endpoints that take years to manifest (e.g., incident AD) or surrogate endpoints that are costly or invasive (e.g., magnetic resonance imaging [MRI] or cerebrospinal fluid biomarkers). Blood biomarkers represent a clinically applicable alternative surrogate endpoint for RCTs that would be both cost-effective and minimally invasive. Significant evidence supports blood biomarkers as prognostic indicators of cognitive decline and risk of AD in epidemiological studies, but little is known about their value as surrogate endpoints for treatment responses in AD prevention. The long-term goal of our research is to establish blood biomarkers that can be used to personalize AD prevention and treatment, especially in the context of Precision Exercise.

Biomarkers for understanding aging phenotypes: Physical function decline in aging adults, which is a precursor to frailty, affects more than 60% of Americans older than 65 years of age, and leads to many adverse clinical outcomes. To date, no studies have examined the molecular mechanisms involving demyelination and neurodegeneration as they relate to physical function decline, despite emerging evidence in demyelinating diseases such as multiple sclerosis linking them to mobility impairments. Findings from our study will inform current biomarker studies of physical function in older adults and designs of future human intervention studies to boost physical function. 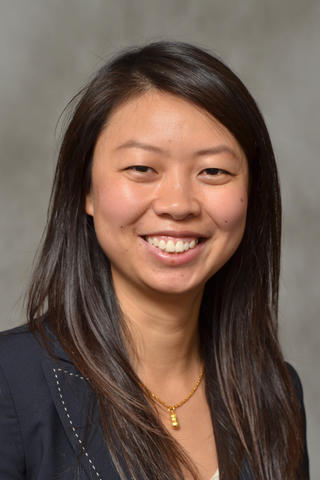