My interest is to explore the mechanistic basis of cognitive functioning at the cellular level, particularly working memory. In vivo, persistent firing of neurons in the medial prefrontal cortex (mPFC) and its interaction with hippocampus are critical to this type of short-term memory. In our lab, we are implementing a creative strategy for the in vitro study of an extra-neocortical synapse subtype onto neurons of mPFC in order to look at how these neurons actively process activity. Specifically, I have developed a novel slice preparation that retains extra-neocortical presynaptic fibers in such a way that it permits their activation by extracellular stimulation without recruiting local-microcircuitry. Using in vivo anterograde tracer injections into the major extra-neocortical, glutamatergic contributors of mPFC innervation and whole-cell recordings of neurons in mPFC, I am establishing the monosynaptic functional connectivity, subcellular terminal distribution, and hippocampal origin of these extra-neocortical presynaptic fibers within this slice preparation.

Directed towards understanding how the hippocampus influences neurons in mPFC, the main focus of my research is to exploit our novel slice preparation to look at how excitatory active-conductances function to translate afferent hippocampal activity into postsynaptic depolarization that influences the integration, firing, and changes in synaptic efficacy in these neurons. Non-linear processes impact most aspects of cellular computations yet due to the specific subcellular spatial distribution of hippocampal synapses on to neurons in mPFC, we hypothesize that this discrete populations of synapses gain access to only a subset of the total active-conductances found within a mPFC neuron. The spatial arrangement of active-conductances within neurons of mPFC result in the custom processing of synaptic activity. Of further interest, we are looking at how these non-linear processes can be affected by the presence of neuromodulatory transmitters that significantly change cellular translation of presynaptic activity. These data will provide us with information on how cells within mPFC process information from the hippocampus and will be of critical importance to linking frontal pathologies with their associated cognitive deficits via their impact on normal brain functioning.

Courses Taken Beyond the Core Courses: 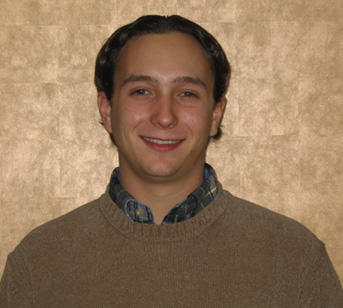