The Effect of Mineralocorticoid Treatment on Sodium Homeostasis and Cardiovascular Function in the Rat: a Role for Brain Benzamil-Sensitive Proteins

Increased sympathetic nervous activity plays a key role in human primary hypertension, but disagreement remains over the extent to which this is due to a non-specific pathological activation of sympathetic nerve activity or dysfunction of a neural system for long-term control of arterial pressure. Research in the Osborn laboratory explores the hypothesis that there is a true "set point" within the CNS for the long-term control of arterial pressure, and that a shift of the CNS set point could be responsible for the development of hypertension. We hope to understand how circulating hormones, such as aldosterone, may act act brain circumventricular organs to effect a shift in the CNS set point. The circumventricular organs feed unto bulbospinal pathways that are critical for control of sympathetic nervous activity; although the anatomy of these pathways has been explored, their neurochemical organization remains to be fully defined. Experiments in the Osborn lab are directed at developing a better understanding of these pathways.

My work focuses on a model, called the DOCA-salt model, which examines interactions between mineralocorticoids and dietary salt in the pathophysiology of hypertension. Both mineralocorticoids and dietary salt have been implicated in human hypertension. My thesis will include experiments to assess the role of renal efferents and afferents in this model. DOCA-salt hypertension is dependent on sodium influx through amiloride-sensitive sodium channels, so experiments are planned to better characterize these channels, using pharmacological and other agents.

Courses Taken Beyond the Core Courses: 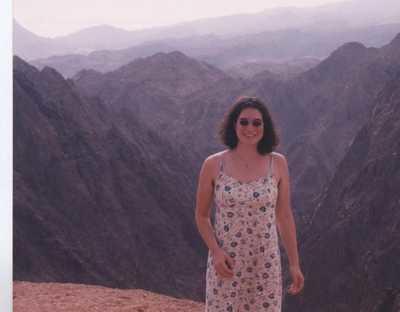